Every once in a while one of my more classically-oriented social media friends lets loose with a screed about people’s sloppy usage of the English language.

One fellow, a lawyer, and normally a tolerant soul, revealed a more unforgiving side of himself the other day. He was fed up to the gills with people who mangle the language, using the term “referenced,” for instance, in place of “referred to.” Other prosaic cardinal sins that eat away at his soul include the use of “impacted” in place of “affected,” and “folx” for people.

Me? The more contemporary usage of “impacted” strikes a particularly personal off-key chord. Anybody who’s undergone old-style chemotherapy likely knows the medical definition of “Impacted.” If you don’t know it, trust me, you don’t wanna.

In any case, my poor friend took a beating in response to his screed, with at least one person expressing wonder that a lawyer, no less, should lecture the populace on language. Lawyers, after all, are notorious for playing fast and loose with definitions and usages when the need arises. Take, for example, one of Bill Clinton’s lawyers trying to stonewall an inquiry into his client’s randy nature by trying to argue that fellatio wasn’t necessarily sex. And, you may recall, the beleaguered prez himself tried to throw a monkey wrench into one line of reasoning by quibbling over the definition of the word “is.”

Talking His Way Out of Trouble.

I’ve seen the term “folx” now and again. It’s from the same family as “latinx.” Both imply inclusivity, a noble aim, but both sound and read inelegant, even clumsy. Along the same line is the word “they,” meaning any one person without making mention of any perceived or chosen gender. One friend I know always refers to her child as “they.” See, I’ve violated this person’s wishes in this preceding sentence. This person would not prefer to be referred to (referenced?) as “her.” This despite the fact that as recently as ten years ago a person possessing a womb and who gestated a child therein was, without question, a “her.”

Many younger folx (people?) these days themselves are impatient with and intolerant of those who insist on using terms such as “he” or “she.” They operate under the assumption that someone who learned the language as much as sixty or seventy years ago should immediately and without question transition to the latest definitions. Let me tell you, it ain’t easy.

I know a person who is an upstanding member of the community, who is a hard worker, creative, responsible, an asset to any organization with whom she’s affiliated. We’re on quite friendly terms. Yet it’s only within the last few months or even weeks that I’ve been able to refrain from calling this person “him.” This person is transitioning.

I only wish we could devise some useful yet elegant term to refer to a person that doesn’t pigeonhole them (her? him?) gender-wise.

Go up a few of paragraphs and you’ll see a couple of mentions of the word “transition.” For 95 percent of my speaking life, I’ve know transition to be a noun. Now, more and more, it’s a verb, thanks in large part to the more contemporary usage of it in reference to gender.

Keep in mind my soul isn’t being eaten away by these verbal and written challenges.  I’m not angry or intolerant of them. And, really, neither is my lawyer friend, referred to above. I was simply using a literary device called hyperbole in the grand tradition of Mark Twain. He (they?) trusted his readership to understand he was making a point. Here’s the explanation of an example from “Huckleberry Finn”:

In declaring that he felt “trembly and feverish to be so close to freedom,” Jim uses a hyperbole to explain the extreme excitement and joy that comes from leaving a life of slavery behind him. By using hyperbolic language here, Twain establishes how high the stakes were for runaway enslaved people.

Gabriel García Márquez does the same thing in his (their?) story, “Living to Tell the Tale”:

At the time Bogota was a remote, lugubrious city where an insomniac rain had been falling since the beginning of the 16th century.

Wow. That’s quite a downpour, considering Márquez’s piece was published in 2002.

I wonder what Márquez’s thoughts are about the term “latinx”? Acc’d’g to a recent Pew Research poll, the vast majority of people (folx?) of Latin American descent, don’t like the term and refuse to use it. Yet it’s the preferred term for them in many — even most — reputable publishing sources.

All this is preamble to my main point: language is fluid, constantly changing. If it weren’t, then we’d all be speaking the same proto-language that homo habilis started using some two million years ago. That fluidity, that state of eternal flux verbiage has been stuck in for thousands of millennia has led to the rich global tapestry that human utterances have become today. And, for pity’s sake, neither cave dwellers, hunter-gatherers, semitic tribes, Alexandria’s library card holders, cloistered monks of the Dark Ages, America’s Founding Fathers, Marie Curie, or even the first editors of Ms. magazine would be able to succinctly describe a smartphone had not the term entered the language whether we wanted it to or not. 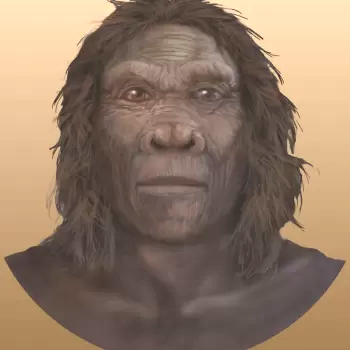 I get my lawyer friend’s frustration. I’ve felt it myself many a time. But understandings and definitions must always change. Take gender. In the year 1956, there were only two genders. Period. The people who — biologically, psychologically, hormonally, anatomically — did not fit into either of the two were simply ignored or, worse, made to feel insane. Slowly but surely we’re learning gender is more a spectrum than a barbell. Much more.

The language I learned as a two and three year old was woefully inadequate to allow me to contemplate things like Artificial Intelligence, colonialism, systemic racism, misogyny, toxic masculinity, and so many other things we discuss regularly today. And, I’m not just talking about it from a tot’s perspective. The intellectuals of that day would have been baffled by the things we take for granted now.

I like our fluid language. We need a language in flux. Even if it is annoying and frustrating at times.